The clear Highlands
By Jelle

Have you ever heard of the Highland Clearances? Don’t feel bad, I hadn’t heard of them either. We were in the forest with Alan Watson Featherstone, the founder of Trees for Life. His organizations plants trees on the Scottish Highlands, en makes sure the trees stay alive, too. That is not a given. Without protection, young saplings get eaten bij the countless deer that roam the Highlands. It was all different before, Featherstone explains. After the battle of Culloden, when the Scots suffered a crushing defeat against the English, the victors decided to make the Highlands suitable for grazing grounds. Forests were torched and made way for sheep and deer. The problem: there were also people living there. Tenants that lived on the landowners grounds, sometimes for generations back. Solution: these people were evicted to make way for the sheep. The Highland Clearances.

At night, in our cabin overlooking the glen, I read on about the clearances. Scots were moved to isolated locations with bad soil, and sometimes had to build their homes from scratch. Often these villages were planted on the seaside, so that the inhabitants could survive on catching fish at sea - a skill few Highlanders possessed. In the village Badbea, the situation must have been particularly dire. With a storm, cattle and children would be lashed to a rope to prevent a gale from blowing them into open sea.

A known descendant of the clearances is Donald Trump. His maternal ancestors had to make way for sheep. Like many other Scots they fled the misery by emigrating to the United States. History might have turned out very differently if the clearances never had happened. 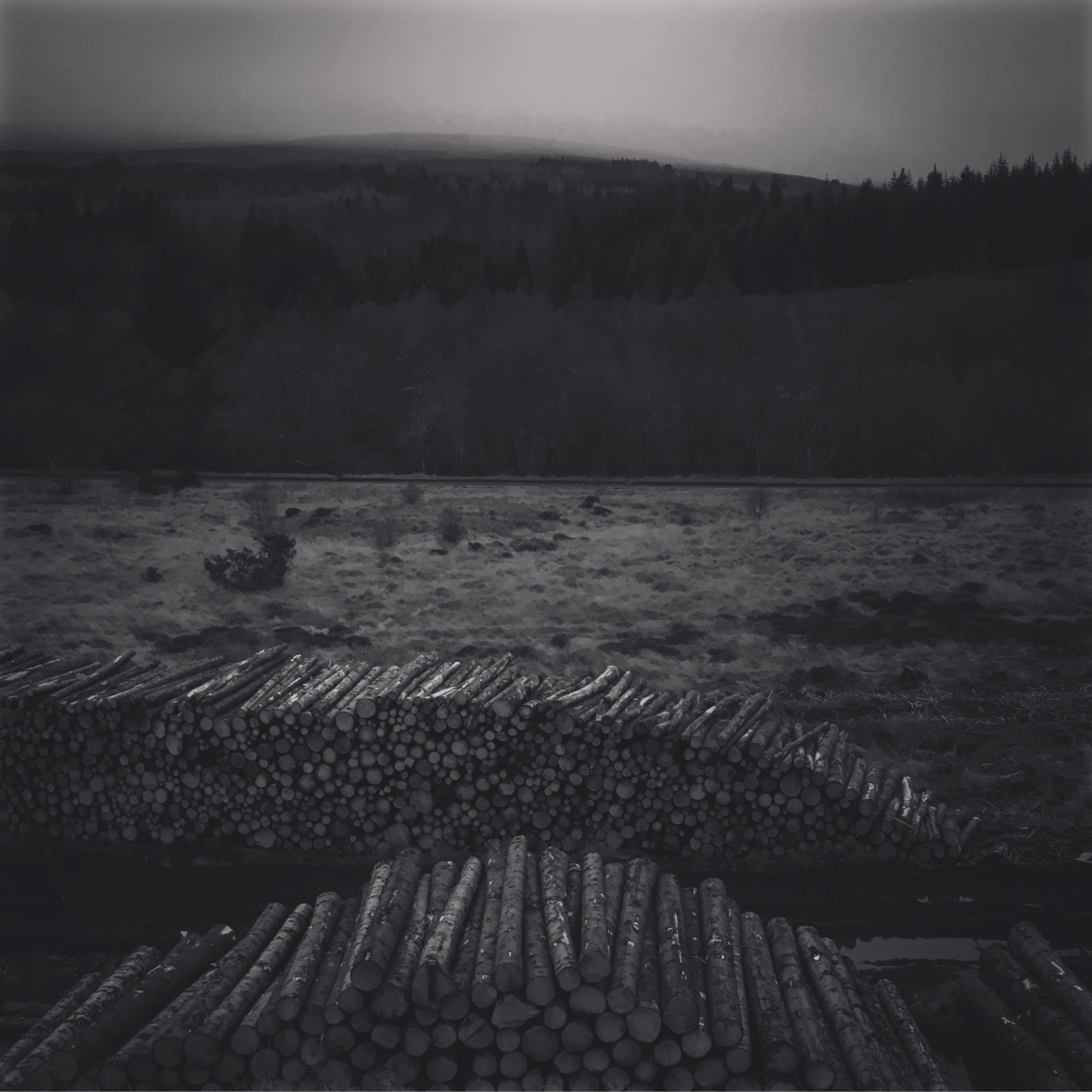 Fresh timber on our way to the Caledonian forest